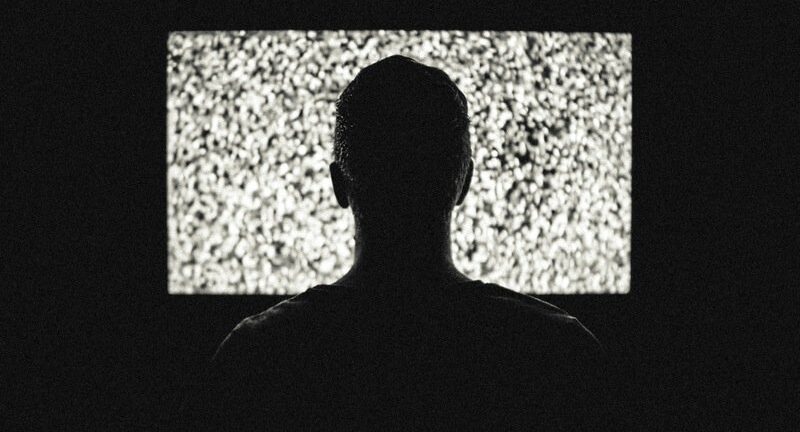 Have you ever heard the phrase From Hero to Zero? Well, I lived it. In my conferences, people ask me all the time: “How is it even possible to lose that kind of money in two weeks?!”

For starters, let me tell you, it’s not that hard at all. It’s actually pretty easy if you are as foolish as I was back then. And now I can tell this story exactly how it happened because as it turned out, it’s very useful to speak up about failure in our lives.

I have had plenty of time to reflect upon that phase of my life and learn from it. To openly speak about life lessons is something I’m driven to do. I would like to help others to avoid making all that mistakes I did in my past. Or at least let them know what could happen if you act the way I did.

So, here is what happened.

I have been working all my life in the Energy business and getting the job done. I am no Energy expert, though. I worked in sales and project management.

Then, one day, came along this unique and appealing opportunity for me to get involved in a multimillion construction project. 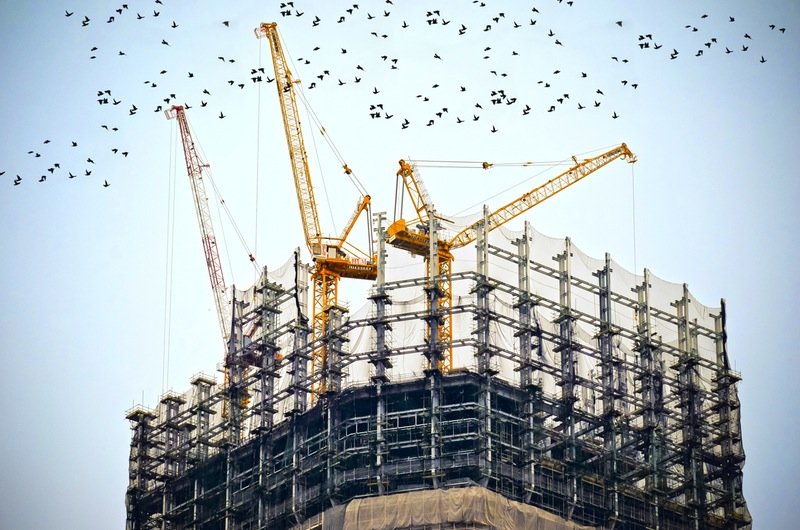 Greed took over me. Although I was doing more than well, I wanted more. My life values back then were all about material and what or how much I owned. I wanted better cars, a better apartment, better things, you name it. So, of course, I enthusiastically grabbed the opportunity and dived right in!

In order to start this project, I had to go to the bank to ask for a loan. The thing is when you do this —maybe some of you might know how this works— they value all your assets. And when I say all, I mean all of them. Everything you own is put into the pot. This way, they make your belongings a kind of backup collateral for your debt… just in case everything goes to hell. Spoiler alert: it did.

When I say €16 million, I don’t mean I actually had this amount of money on my bank account. Could you imagine me swimming in all those bills? Sounds like a scene you’d find in Breaking Bad, don’t you think?

What I lost was the worth of all my companies, land that I owned for my construction project, many personal belongings, and even my mom’s house was put at risk and almost gone!

Honestly, I put all those things on the table without considering the consequences… This was Mistake Number One.

As the project went on, little things started to happen. Call them signs, if you will. Signs that told me: this is not going as well as you’d hoped, Miha. And what did I do? My self-confidence took over and I persuaded myself that I could manage all those problems on my own.

However, unfortunately, despite my arrogant behavior and over self-confidence, this ship turned into shipwreck a lot sooner than I wanted to.

It was as if I were living inside a bubble. I got so caught up in my privileged life that I started to think and act like I was the King of the World. This was, of course, the worst attitude you could imagine.

I got too confident, too cocky. With that attitude, I wasn’t learning at all!

Alright, I had zero experience in the matter of construction. Did I mention that? Zero experience! Like none at all, nada. You might be thinking “This guy sounds like a very dumb person.” Well, you’re right; I was. I said so at the beginning! I wasn’t lying!

You would think that an opportunity as big as this one would take the best out of you. In unknown circumstances, we tend to learn the most. But I didn’t learn a damn thing. I was making a mistake after mistake. And when things started to really fall apart, there I was, trying to solve problems in every wrong way possible.

I should have realized that I didn’t have the knowledge to do everything by myself. I should have been smart about it, not jumping in without thinking. I wasn’t an expert on the matter, so why didn’t I go and found one? I could have hired good lawyers specialized in construction, good engineers, architects and who knows what else.

That would have been the ideal scenario. Instead, I went all over-confident through the contract by myself while thinking I would be able to decide if it was okay as if I had the “proper” experience with contracts, which of course I didn’t.

I settled for what I thought I knew, and I was fool enough to believe that would be enough. There are mentors out there; there are classes that could have taught me new things. I just had to reach out and grasp them.

It was far too late for me to do anything about it when it all came down. And in the course of two weeks, I lost everything. And what makes things even worse is the fact that my other businesses were doing okay, but due to the fact I had everything linked with this one big project, it all fell apart.

What have I done?

I remember the moment when I was sitting alone in the dark and thinking to myself: ˝What have I done?”. At that point, there was no tomorrow, and I didn’t know how am I going to continue with my life. I was unable to breathe, to move, let alone think about my future.

In the end, my biggest 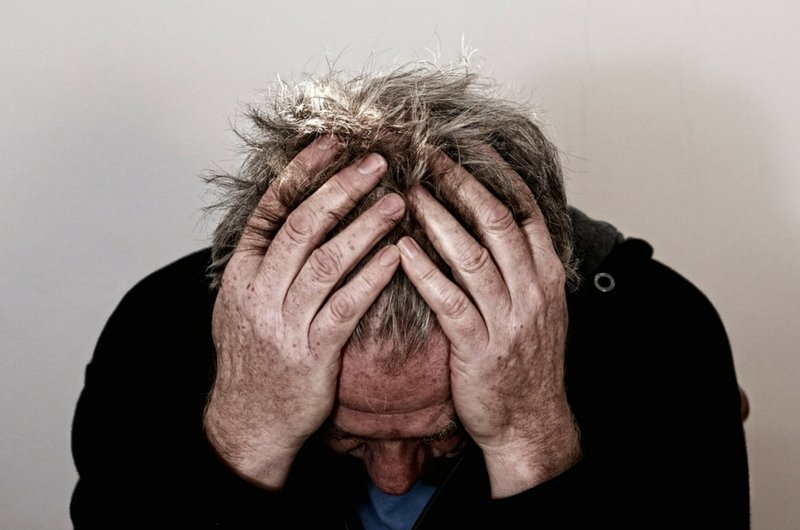 mistake was not about investing millions in the project. It was about not learning from my mistakes. Not taking the right actions.

My entire approach to this project was wrong. I took it like it was nothing. At that point, money was irrelevant for me, even €16 million. I didn’t grasp the whole picture of how serious and devastating this situation might get. I almost approached it as a hobby instead of a serious, life-changing business opportunity.

I was far from living a mindful life. I wasn’t taking the right actions, whatsoever. I should have taken some time off, to stop and take a look at how things were going.

Of course, I failed! Acting the way I was —it was almost like driving in auto-pilot— the whole project was doomed from the start.

But everything that happened in the past happened for a reason. I now understand that failing is normal. It’s like riding a bike! Nobody ever gets it right on the first attempt, and no one expects you to.

Don’t get me wrong. Losing everything was not easy. I’m still paying for it; literally.

When you get such a huge debt like that, you can’t just solve it in a week or two. Bouncing back from a situation like that meant a whole process of healing, learning and growing. Even though that was one of the worst experiences of my life, I somehow managed to survive. Because of that devastating experience, I am a different man today. A better person, and feeling more alive than ever.

As I already mentioned, I’m still working on some of the repayments. But I’m not looking at it in a negative way or complaining about it, like “Why me?”— I know that I needed that lesson and no matter how hard it was, I had to face it. 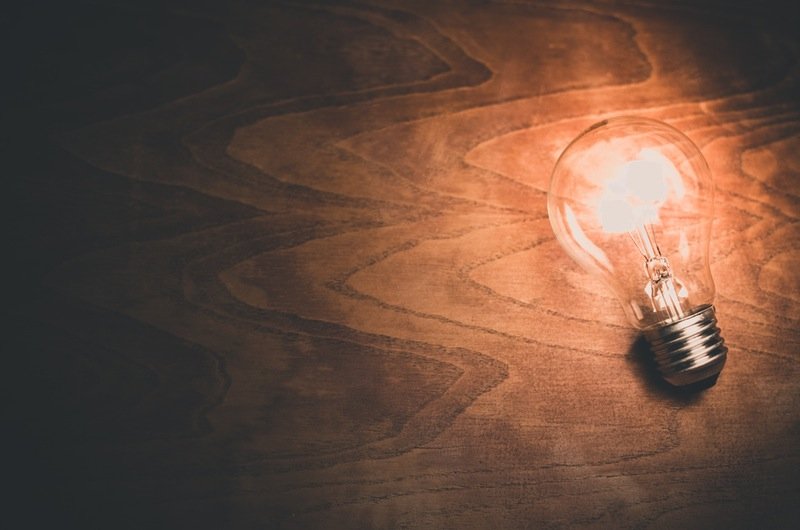 Sometimes I think that if I didn’t have this unfinished business, I could just pack my things in a few suitcases and move somewhere else! But I’m still linked to this mistake. I’m not as free as I could be without this thing. Once I clear everything, I will be a truly free person.

The problem with that project was that it was too big for me. I should have sought for some help and tread with caution, especially since so much was at risk.

Nowadays, I love living life as an adventure. It’s tremendously exciting to get into new projects. Only that now I do it carefully. I measure my steps. If there’s something I don’t know I don’t make the decision until I’ve considered all the angles. All these traits of who I am now are products of my biggest failure.

I have grown not only regarding knowledge but also personally. I’ve been learning about things that I’m really good at and things I lack knowledge and experience. I look for that knowledge all around me, wherever and whenever I can. If I can find it online by myself, it’s fine. Or, I go and look for somebody I value and who is already where I want to be. I sit in front of that person, silently, listening to every word he or she has to say.

But you know what? I don’t regret it. I can say it now because I’m a survivor! And not only that…I’m a learner.

Looking back at what happened, I’m really thankful for the whole thing. If it hadn’t been such a big failure, I wouldn’t have stopped and taken a really hard look at my life. That was my lesson.

If I had taken the “proper” actions and steps, none of this would have occurred, and I wouldn’t have learned anything at all! I’d be the same reckless person I was back then! No, thank you!

Even today, with all my new ideas and ongoing projects I keep growing. I do things differently now: I make business plans, analyses and I find people who are good in the field in which I lack knowledge.

I know I haven’t figured it all out yet, of course. There is so much to know! But I have a good sense to test things out on a lower scale, so if I lose something, it won’t be millions!

I could frame this and hang it on my wall: Be mindful. Take one step at a time. Everything will be just fine.

If you enjoyed this article, sign up for email updates.