Robots Will Wipe Out The Human Race! Will They? 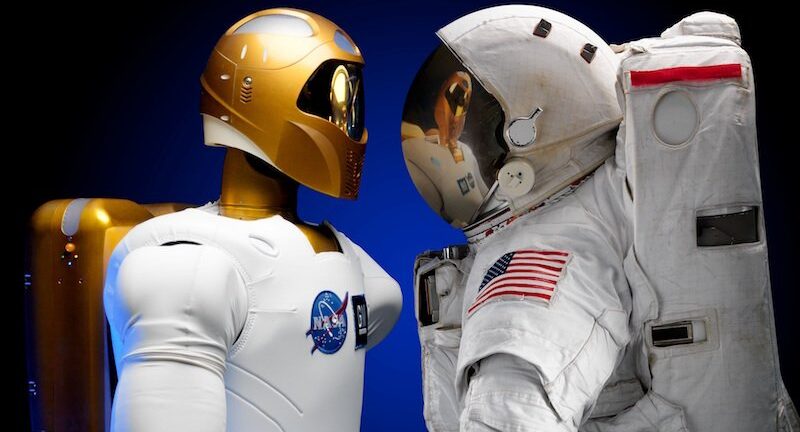 Will robots wipe out human race?

Well firstly take a good look around you. In this day and age, technology and human way of life have somewhat become inseparable. Everywhere we look, we see its manifestations from the largest aircraft to the smallest microcomputer chip. Some even cannot do without their gadgets beside them.

A woman I know once lost her cellphone. She took it as an opportunity to disconnect herself from technology. At first, it was quite liberating. But a few hours later her friends started freaking out because they couldn’t contact her. She realized that she didn’t even have a bedside alarm clock because she used to depend on her cell to wake her up!

In these days, we are media-saturated. We are always receiving so much information from all kinds of media. Every second our senses are deluged with data, more than we can possibly process. To deal with this overload, the brain is continuously sifting and sorting. We find ourselves changing in order to adapt to the newest technological developments since it’s almost impossible to stay behind.

Don’t worry, it’s not all about the World’s End.

As Brian Caulfield wisely says, “in Africa today a Masai warrior on a cellphone has better mobile communication than the President did 25 years ago”.

Technology can be great ally to human kind

Last year there was a terrible flood in a village called Nuevo Saposoa, in Peru. The flood destroyed the power cords and left its inhabitants without any electric light for months. Researchers at Peru’s University of Technology and Engineering (UTEC) decided then to address the problem.

They created “plant lamps” that run for 2 hours a day and provide bright LED lighting with low power consumption, which is sourced from nutrients in the plant and soil itself.

Take a look at the plant lamp experiment here. This is only one of many wonderful cases in which technology is used to provide a valuable service for a community.

So we arrive to another question: Is the future going to be better or worse?

“The development of full artificial intelligence could spell the end of the human race.” Stephen Hawking

Technology as threat to culture

As many other things, when used lightly, technology can become a dangerous threat to a culture. For example, when the peaceful and isolated Oji-Cree people, living in an area south of the Hudson Bay, got in contact with “civilization”, they got useful and new technologies like the internal combustion engine and electricity.  Sadly, as decades passed by, the Oji-Cree population started having problems like heart diseases, diabetes, alcoholism, drug addiction and even suicide.

Tim Wu wrote an article for The New Yorker in which he talks about this and other cases: As Technology Gets Better, Will Society Get Worse? Through technology, we have created and developed new beginnings, at the cost of many end. Yet, technology should never be blamed for all of this, but the wrong use of it.

Are we becoming robots?

A few weeks ago, a blog post by Spanish writer Rafael Fernández became viral. In it he told how he rejected the offer of a job which would have paid him 1,000€ a month for one year.

Nevertheless, the men in suits who interviewed Fernández made it obvious that the job was about him working for them. The writer clearly saw this and at once knew that, if he had taken the job, it would have been the end of his life as he knew it. He would become one of the robots who’s always there to take orders. Goodbye to his personal projects, goodbye to his lovely and passionate life.

So he chose accordingly to his own philosophy of life: “I mean to play the lead role in my own time. I don’t want to get up from bed and work and eat when they say. No matter what happens.”

The Times They Are A’Changin’ Bob Dylan said it right, didn’t he? Of course the times are changing. The perspectives of professional careers, spiritual beliefs and relationships are becoming wider and wider. We are getting the chances of meeting success just around the corner. Opportunities are coming to us from where we least expect them.

Adapt by following your passion

We no longer belong to the generation which used to choose a path early in life and just stick to it throughout an entire life, no matter what.

As long as there are still things to do regarding any aspect of human life, there will be job opportunities for those who know how to search for their passion, learn to follow their dreams and at the same time always take care of their surroundings. And believe me, looking at our world as it is right now, I can promise you there are still many things to do because there’s a long way to go. Despite the robots.

Want to read more advices from an experienced Fail Coach? Then browse through our categories Life Coaching, Real Life Stories and Business Failure and take a day off, because you’ll find plenty of interesting reading material.